Since I’m still in Liverpool, I decided to go further afield for my weekly parkrun – and drove on down to Croxteth Hall parkrun.

The course is a single lap, on pretty flat terrain (Nike+ reported an elevation of 20ft, which was barely noticeable). The path is a mixture of concrete and trail which, despite recent showers, wasn’t too muddy and there were plenty of volunteers lining the course so it was hard to get lost. There were a few dog walkers on the route, but apart from that the park was fairly quiet. A lot of the route was in the shade, so on sunny days it would probably stay quite cool and you wouldn’t need your factor 50 (though I won’t be held responsible for any dodgy tan lines you might end up with).

My only complaint was that the start was very cramped, with many slower runners (including children) at the front. This carried on for perhaps the first half-mile of the run. I imagine this could be sorted fairly easily by asking people who are hoping for a sub-20 finish to move to the front, sub-25 just behind them, etc.

Either way, this is a minor gripe (and common to a lot of parkruns). The park is lovely – especially the grand Croxteth Hall – the route is flat, and the volunteers were all very friendly and encouraging. The onsite parking is convenient (and less than 5 minutes away from the starting point – which is right next to Croxteth Hall), and so are the toilets. Although only young (this was only the 23rd iteration), the organisation was slick – I can easily see the run regularly passing the 200 runners mark as word spreads. 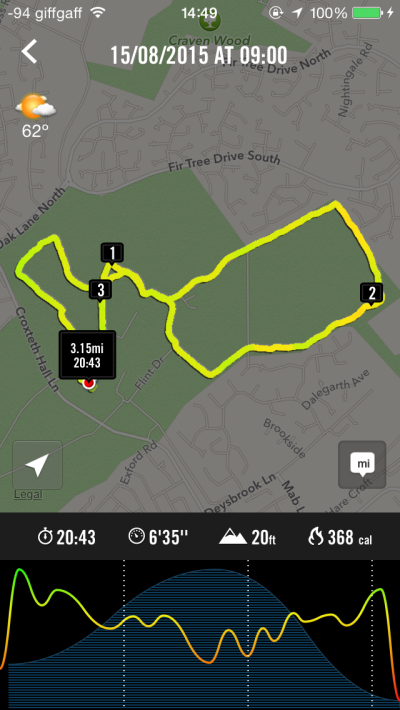 My run was good – I always find new locations mentally easier since I concentrate on the surroundings and forget about the effort/exhaustion. Compared to last week’s parkrun, I was 22s quicker – but that’s probably due to the lack of hills rather than improved fitness. See my times here. I’m hoping to get back to the 19m-somethings, and then eventually sub-19m… MamaJ also enjoyed the route, with the horses grazing an added bonus.

I am a Lecturer in British Politics at the University of Liverpool. I hold a PhD from Queen Mary University of London, which focused on the causes of Conservative electoral decline in Liverpool, from 1945 onwards. View more posts