Hi! I’m David, a lecturer in politics at the University of Liverpool.

My research interests are broad, but typically centre around the concept of identity and its influence on voting behaviour. This takes two main forms:

And then there’s anything else which piques my interest, typically involving voting behaviour and Liverpool’s political history.

I am also involved in building a database of local election results from across Merseyside, imaginatively called the Merseyside Local Election Results Project.

In my spare time I’m usually found triathlon training (my 2022 goal is to complete Ironman UK in early July), watching reruns of Friends on Netflix, or learning Spanish on Duolingo.

West Lancashire Summer Triathlon 2021 Race Review
I didn’t actually sign up for the West Lancashire Triathlon. Like many people, I signed up for the event when it was originally scheduled for April 2020, but it has been postponed three times: first to August 2020, then to April 2021, and now to 29th August 2021.
Last updated on Aug 30, 2021 15 min read 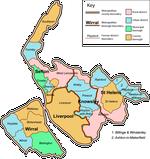 What evidence for the post-liberal turn in British Conservatism?
In this talk I explore the extent to which post-liberalism can be found within the modern British Conservative Party both in terms of within the parliamentary party and among the party’s voters.
Mar 19, 2022 1:00 PM Danube Institute and the Eötvös József Research Centre of the University of Public Service, Budapest, Hungary
Dr David Jeffery
Video Follow

The myth of 'Scouse not English'
In this talk I present evidence that the Scouse identity if a left-populist identity, that ‘Scouse not English’ is a myth, as is ‘Scousers are European’, and that there is lukewarm support for the
Mar 31, 2021 1:00 PM
Dr David Jeffery
Video Follow 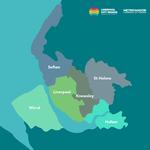 The Heath Government and Local Government Reform
The aim of this chapter is to explore three interrelated issues. 1) why reform of local government was necessary in the first place, 2) …
Dr David Jeffery
DOI Academia.edu

Is Corbyn a Populist?
The aim of this chapter is to analyse the nascent scholarship on Corbyn and Corbynism within the frameworks of four different …
Dr David Jeffery
Academia.edu

The UK government and the 0.7% international aid target: Opinion among Conservative parliamentarians
This is the first article to use a detailed dataset of the 2010 - 2015 Parliamentary Conservative Party (PCP) to identify the drivers …
Dr David Jeffery, Timothy Heppell, Andrew Scott Crines
DOI Academia.edu

The strange death of Tory Liverpool: Conservative electoral decline in Liverpool, 1945–1996
In modern discourse, Liverpool is a by-word for anti-Tory sentiment, yet the city has not always been so inhospitable for the …
Dr David Jeffery
DOI Academia.edu